Situated in the stunningly beautiful Meiringspoort of the Klein Karoo approximately 4 kilometres from the quaint dorp of De Rust.

Varkenskraal is a small farm by Karoo standards. Just fourteen hectares of arable land out of the roughly ninety hectares. Just over seven hectares are devoted to vines whilst the rest are devoted to mixed farming being vegetable seeds, oats, lucerne and a handful of beautiful Nguni cattle.

When André and Gail Cockcroft purchased this beautiful and uniquely situated property in 2011 the farm and vines were somewhat neglected. The vines on the farm were about 15 years old and consisted of 0.4760 hectare of Merlot, 3.0764 hectares of Chenin Blanc and 3.6284 hectares of Chardonnay. At that time the grapes were sold to the local Co-op in Oudtshoorn and was farmed for volume.

The vines are planted on a western slope thereby protecting the grapes from the hot afternoon sun. The weather is moderate to very warm in the summer and mild to very cold in the winter. The Swartberg is usually covered with snow in the winter. It is a winter rainfall area with an average rainfall of about 240mm per annum.

The soil and vegetation is very similar to the Western Cape Coastal Region.

Through dedication and loving care the vines were improved to such a level that it decided to start making our own wines in 2014.

As we share a substantial portion of our harvest with the local fauna such as Baboons and Redwing Starlings amongst others, our average tonnes per hectare is rather modest at 4.11 tonnes.

Timing is of utmost importance. The grapes are monitored to ensure that they are picked by hand at exactly the right time.

Each block of each cultivar is monitored separately throughout the year. We try to leave the vineyards as undisturbed as possible in a bid to keep the soil loose and as healthy as possible.

The grapes are picked by hand and packed into small baskets to protect them on their journey to the winery.

We utilise the facilities of Karusa Winery that is nestled in the tranquil village of Schoemanshoek near Oudtshoorn to make our wines. 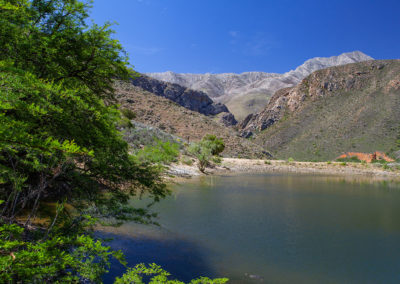 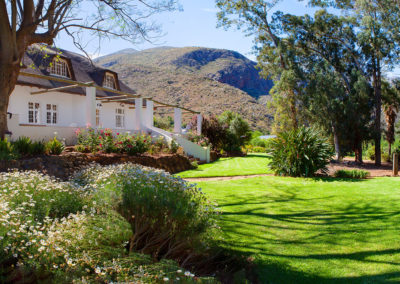 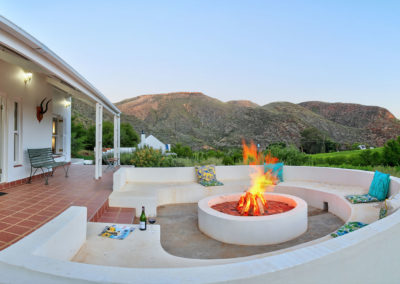 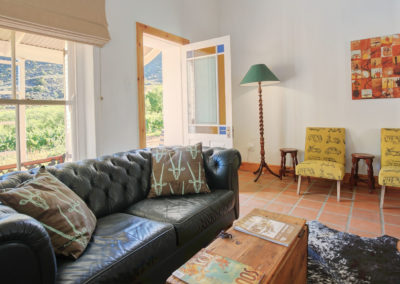 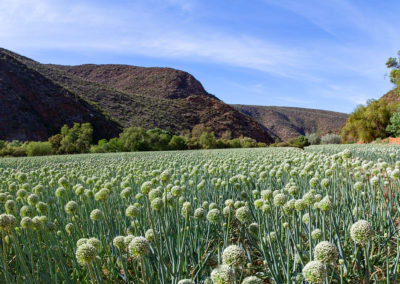 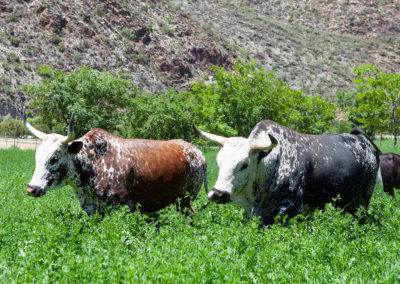 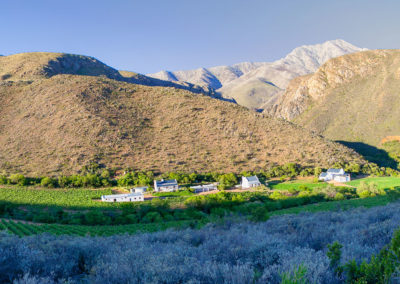 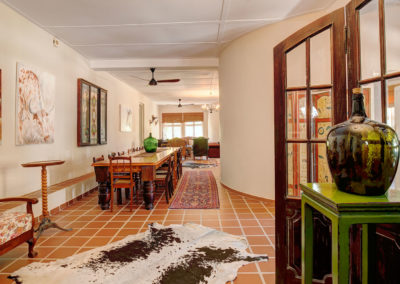 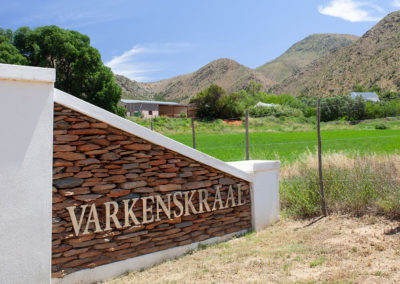 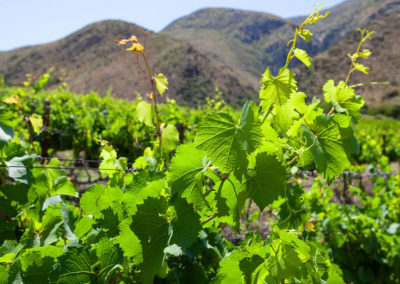 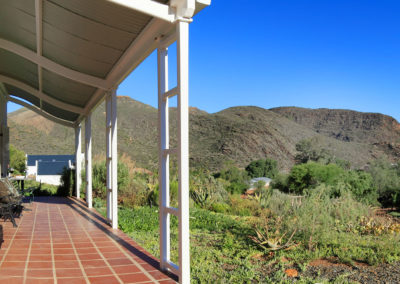 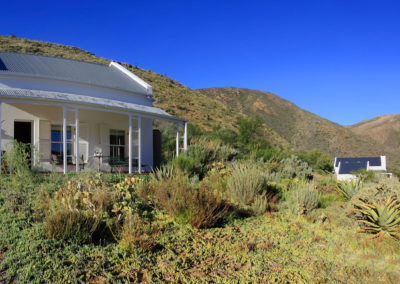 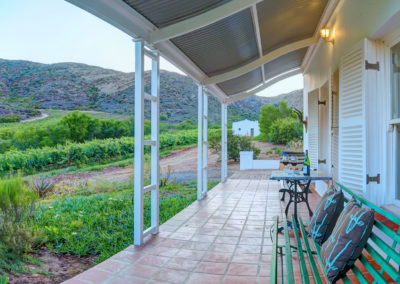 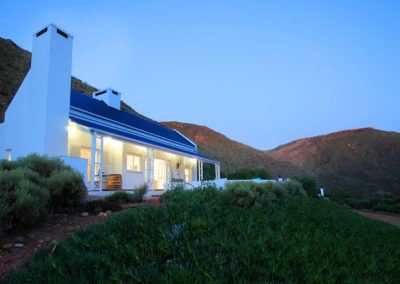 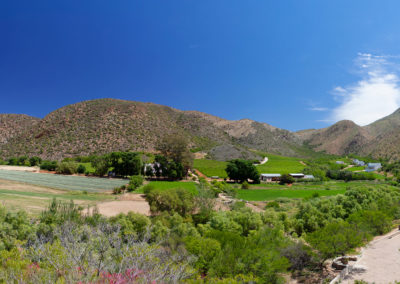